A creative writing by my beautiful and talented daughter. :)

The house has settled over the years, and now the pool table in the basement is not level. Gregory can’t accept this. How can no one care?

He goes to the hardware store, buys a level and a stack of thin rubber pads. He strains his back to lift the heavy table, alone, his father’s hip just replaced, his brother nowhere to be found, many years now since they played a game together.

Gregory groans, slips one pad under a table leg. Consults the level.

The balls keep rolling on their own, to the same corner every time.

Primarily a screenwriter, Brandi Sperry has had scripts appear on industry best-of lists including the 2020 GLAAD List, which showcases promising LGBTQ+-inclusive feature scripts, and the 2020 WriteHer list, highlighting the best TV pilot scripts by female writers. She hails from Seattle, studied creative writing at Macalester…

I know I’ve mentioned these before, but this link is nirvana. There are so many lists there that can help you, no subscription required. One Stop for Writers

on Fiction University: A great scene is a lot like a great meal. It whets an appetite for more, it fills up the senses, and it satisfies the hunger.   A lot of things can happen in a scene. Plot things, character things, backstory things. We even describe them as “this is the scene where […]

How to Create Dynamic Fictional Characters

Most serious writers want to connect with an audience; preferably a big one.  You have something to say.  You have a story to tell.  You want people to read it.  One of the best ways to make people want to read your work is to create memorable and relatable central characters.  Whether you are writing a short story, screenplay, or a novel, you want your readers to identify with and live the story through your main characters.  To do this, you have to create three dimensional characters that live and breathe in your reader’s imagination.  I’d like to share with you a method I learned for from professional, published writers. 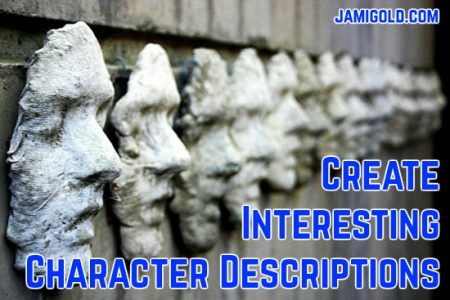 We all know characters are the beating heart of a story. Fashioned from imagination clay and given life by an author, these fictional people have yearnings, dreams, and fears just like us. They also have a past—one filled with challenges, strife, and hope—and this collection of experiences shape them into the person readers meet on the doorstep of chapter one.

Digging deep to explore a character’s hidden truths is hard and necessary work. I spend a lot of time coaching writers to drill down into the essence of who their character is so that when they write their behavior, every action and choice is driven by their motivation and authentic to them.

But there’s another aspect of character description that is easy to forget about or gloss over: their physical appearance.

Originally posted on No Wasted Ink: Welcome back to writer links day here on No Wasted Ink. Each week, I select ten articles from my general reading on the internet to share with you here on the blog. I hope you like this week’s choice. Enjoy. The Fantastical Food of Fantasy Fiction Biting the Bullet…

Originally posted on Ari Meghlen – Writer | Blogger | Bad card player: It’s Monday Marketing time, people! Today I thought I’d talk (more) about social media. Last year, I did a series on Social Media but I think discussing it specifically for Marketing is important. Not all social media is the same. Ones such as Twitter… 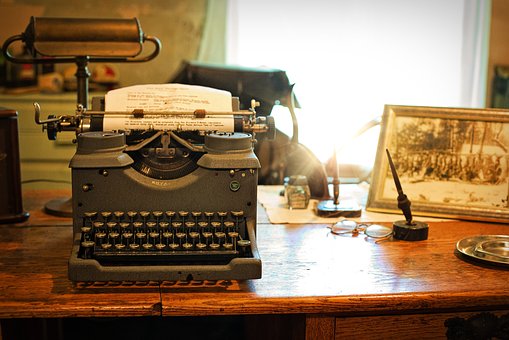 On Twitter, there is a movement called #IndieApril, so I thought it was a good idea to import to WordPress.  Independent writers are the growing force in publishing, so please take this opportunity to publicize and promote your work!

I want to offer an opportunity for all writers who follow this blog to share information on their books. It can be very difficult to generate publicity for our writing, so I thought this little effort might help. All books may be mentioned, and there is no restriction on genre. This encompasses fiction, poetry, plays, and non-fiction. If I have neglected to mention a genre, please consider it to be included.

To participate, simply give your name, your book, information about it, and where to purchase it in the comments section. Then please be willing to reblog and/or tweet this post. The more people that see it, the more publicity…

The Musings of a Writer / Freelance Editor in Training

Award-winning Author of Historical Fiction with a Twist

A Journey into My World

Self Publishing on a Budget

From Idea to Published Work

Film reviews, book reviews, top 10 countdowns and even more on all things horror!