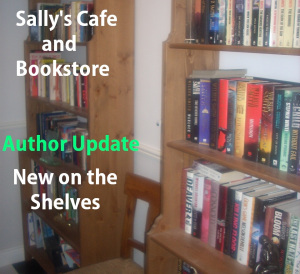 Delighted to welcome award winning author Rebekkah Ford to the Cafe and Bookstore with her latest release, the science fiction, fantasy, Legends of Deceit. 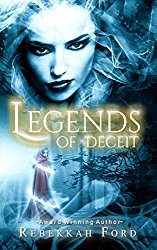 About Legends of Deceit

They’re poised to attack, but then a mysterious warrior with piercing green eyes saves her and nothing will ever be the same.

When Haven Evergreen was twelve, a witch cast a memory spell on her. Ten years later, Haven comes home and finds her mother murdered and two hooded beings lurking nearby.

Larkin Vestergaard is part of an elite team of soldiers. He’s on a special assignment to save the daughter of his king. When he sees Haven, he’s shaken to his core. Could she be the girl he lost long ago?

Larkin escorts Haven to a magical world where mythical creatures both beautiful and frightening exist. The truth of who she really is unravels, tearing… 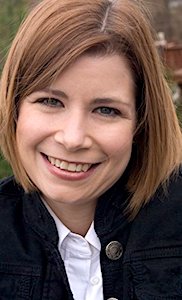 Thank you, Chris, for allowing me to be on your blog. I’m a new author and this is all new to me. I’m not very good talking about myself but here it goes.

I started dating my husband three months after my father died. It still makes me sad that they never got to meet. I was sixteen, my dad was just forty-six. I was a junior in high school and a mutual friend decided to play match maker. Cemohn told me he wanted to go to Junior Prom with me and told him the same was true of me. Both were outright lies. Up to this point we were friends. I should have been suspicious, it wasn’t the first time she tried to set me up. We both believed her and the date was set.

One date turned into a four year relationship before we were married. After graduating…

The Musings of a Writer / Freelance Editor in Training

Award-winning Author of Historical Fiction with a Twist

Thoughts Are Better When Shared

The Art of Blogging

writes one short story every week

A Journey into My World

Self Publishing on a Budget

From Idea to Published Work